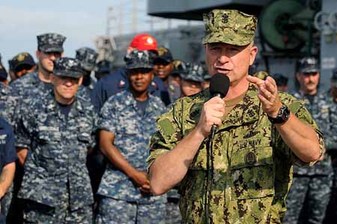 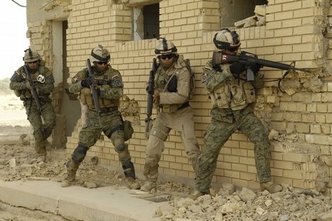 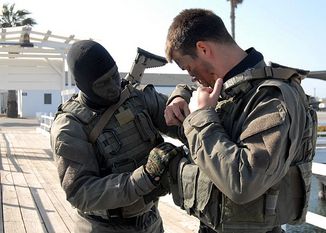 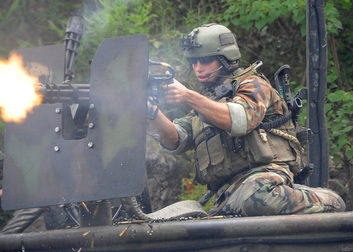 Tarakian Navy SWCC are a select Group of Individuals who undergo Navy Seal Training then go through Special Warfare Combatant Craft Crewmen Training which includes proper Care and Maintenance of the Craft, Weapons, Vital Systems and so on, SWCC are usually only a navy exclusive unit, but has come to accept other Branch Soldiers 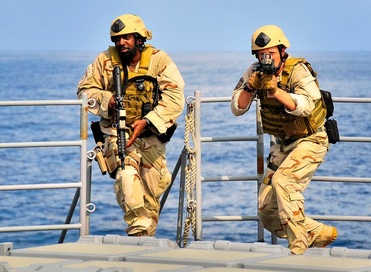 VBSS Teams use a variety of Weapons but have come to settle on the Mk-2 Security Detail Assault Rifle as the standard issue VBSS Weapon, the Standard VBSS Weapon is outfitted with a EoTech Holographic Sight, Vertical Grip, MOE Stock, Peq Box, Pmags and Surefire M900 Weapon Light(if not using Vertical Grip as the M900 has a built in Grip) They also sometimes use the M870 Masterkeys Attachment for CQC inside the ship.

VBSS(Visit, Board, Search and Seizure)