The Federal Republic of Germany! and The Democratic Republic of Neo-Tarakia go way back, Germany! has been a great Ally and has always been an ally since 1989, the Federal Republic of Germany! is lead by President Joseph Farrell, Although he calls him self Commander & Chief, in the eyes of Tarakia he is a president, and a really good one at that, Germany! and Tarakia conduct normal military operations and maneuvers to stay at their peak if something goes wrong, Germany! also has much of what the Tarakian Army and Marine Corp use minus the Abrams.
Tarakia and Germany! maintain really close relations. 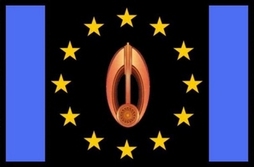 (Currently pending on the write)

The Imperial Order of The Galactic British Empire

The Galactic British Empire and the Democratic Republic of Neo-Tarakia Maintain close relations when it comes to certain situations, most importantly involving Politics.