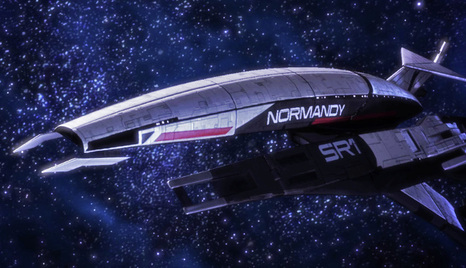 The Normandy Class Stealth Ship is a Rebelion Stealth Ship She is a prototype "deep scout" frigate, first of the eponymous Normandy class, co-developed by the Alliance. She is optimized for solo reconnaissance missions deep within unstable regions, using state-of-the-art stealth technology powered by an experimental drive core. She is the size of the Devastator as, the Devastator is based off of her. As not being a proto anymore, the Rebelion Shipyard Company Helios put it into mass production as seeing how effective she was
NAME CHANGE:
Formally known as The Normandy in Tarakian Service, although this name is not over used, the department of the Tarakian Space Navy needed to differentiate this ship from Rebelions Normandy class, and the name was decided to be Aurora as she is a beautiful ship just like her bigger Sister