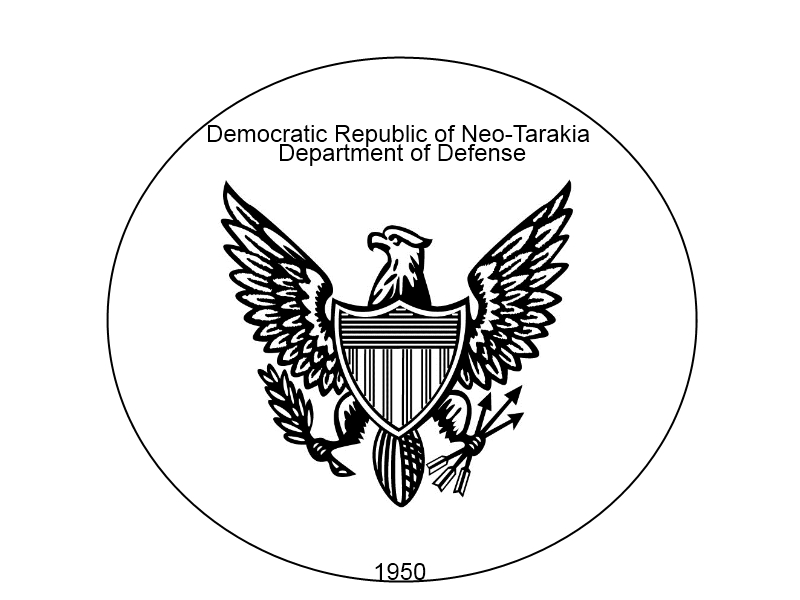 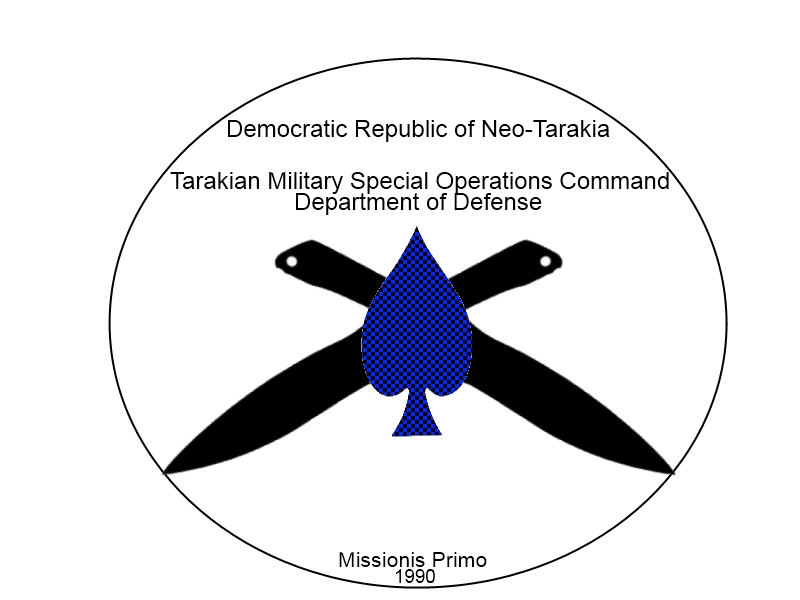 The Tarakian Military consist of 5 Branches Army, Marine Corp, Airforce, Navy, Coast Guard(Attached to the Navy), Each with their own agenda, Basic Training for all branches is universal, which is 16 weeks long' after 16 Weeks of Basic Training, the Service Members then go to their Respected Branches Advanced Individual Training for further Learning in which they will learn various skills for survival in the field, after Advanced Individual Training the Newly Promoted Private 2nd Classes(Army and Marine Corp), Airmen Basics and Seaman Recruits are sent to their Specialization Training whether it be Airborne, Ranger, Armor, Infantry, Pilot, Crew Chief etc, These Training courses last anywhere from 16 weeks to 50 weeks, during these courses the Soldiers, Sailors, Airmen and Marines learn how to do their Job and make the most of it in the Field, for Example Airborne Training is 20 weeks long with the first 5 weeks learning the proper maintenance of your Gear, the Second 5 Weeks is learning the Proper way to make Static Jumps, Free Fall Jumps and HALO Jumps, the Third 5 Weeks is when these Skills are put to the test, each Soldier must score at least 50 points in order to move onto the last 5 Weeks of Airborne Training in which they are thrown in the East Kressy Proving Grounds, and have to work together to navigate their way back using certain coordinates, and finding the supply caches left along the designated Coordinate paths, While this is Happing two RQ-4 Global Hawk UAV's monitor there movements, now this doesn't take 5 weeks to get from point A, to point B, but only a week, when the last 4 weeks are used for Jump qualification's of each jump and additionally anything else they need to learn.


While All Basic Training is Universal, the Advanced Individual Training and Military Occupational Speciality Training is Branched, while this is effective, some may argue it's a waste of money, but Universal Basic is cheaper and consist of usually whole Battalions of Soldiers, Marines, Navy and Airforce Personal in one outfit who are being trained Together and are being trained by Several Drill Sergeants until Their A.I.T and M.o.S come along in which they report to their Respected Training Bases.


Weapons Training Comes after Basic Training usually in the Advanced Individual Training phase in which Soldiers, Marines, Airmen and Sailors become aquatinted with each Branches Specific Weaponry like the M416, MG-4KE, M2016 Etc, They are also familiarized with Branch Universally Shared Weapons such as the STG.77A3, M6A1 A.C.R, Sig-Sauer P226R, Kimber M2016 etc, now most Airmen or Sailors will never fire a rifle after A.I.T unless they go to SEALS, ParaRescuemen, Airforce Security or Airforce Special Forces.


Hand to Hand Combat is learned during Advanced Individual Training, the Basic Hand to Hand Combat System is taught to every soldier, the second Hand to Hand system is known as Krav Maga an Isreali Self Defense System which uses brutal moves and is all out dirty when encountered in Close Quarters Combat, The third System is a Tarakian Self Defense System similar to basic Hand to Hand but is designed so when caught in corners or tight spaces the Soldier grabs the nearest blunt object and hits the Foe with it in the side of the neck or, pulls their Knife out and jabs it into their Foes kidney causing a bleed out.

Vehicular Familiarization comes during Military Occupational Specialty Training, almost every MoS has vehicles whether it be transports or Heavy Armored Vehicles, During Vehicular Familiarization Soldiers learn the proper Maintenance of each vehicle encountered in the field, also the proper cleaning of Vehicle Parts such as engines, Tracks, Wheels, interiors. For Armored Fighting Vehicles the Familiarization is different, Soldiers learn how to take care of the Vehicle, they learn the basic skills of cleaning the Main Gun, Coaxial Mounted Machine Gun, Commanders Machine gun and Loaders Machine gun, Also they learn proper engine maintenance as Heavy Armored Fighting Vehicles are more complex then standard patrol vehicles used.