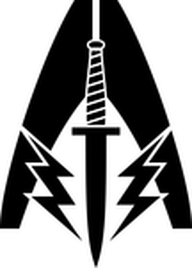 Attached directly under the Tarakian Space Navy, they report directly to Space Navy Command and have no separate command of their own. 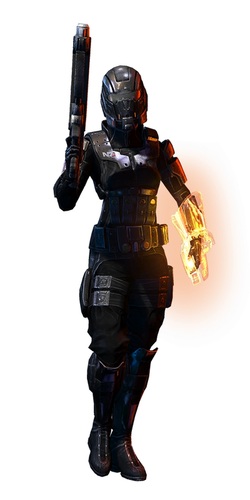 Trained on Verilium and then further trained on Delessia and Lera, the Tarakian Space Marine is a all around well rounded warrior capable of performing ship boarding maneuvers as well as standard combat maneuvers. Tarakian Space Marines undergo 21 weeks of Basic Training before they are shipped off to Delissia for further training, in which they receive their Hardsuits they also are sent to Lattesh for Hostile Environment Training in which they train in the Frozen Plateaus. the Tarakian Space Marines wear a very Different version of the standard Mark-12 Hardsuit, they are issued the Mk-15 Combat Hardsuit which is equipped with Thermal Clip Packs on the Abdomen, as well as Medi-Gel packs on the thighs, while the upper part of the torso is armored, the legs are Tactical Pants followed by Combat Boots with Armored Shin/Knee Guards, the Mk-15 suit comes equipped with a Kinetic Barrier System to protect against small Arms Fire and recharges considerably faster than a standard Kinetic Barrier.

But Some Tarakian Space Marines can be seen carrying weapons that are not standard issue but approved for duty.
M-97 Harrier
M-77 Paladin
N(M)7 Crusader 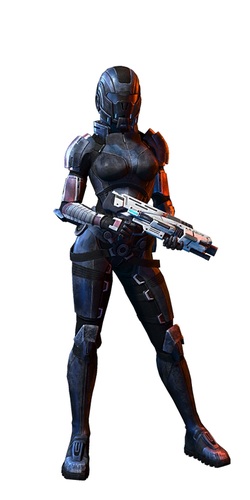 Tarakian Space Marine Engineers wear the Mark-14 Combat Armor, it is also a modified variant of the Mk-12 Combat Hardsuit. 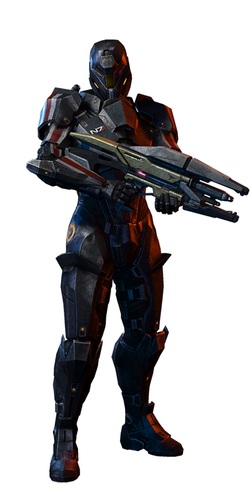 Specializing in Assault Tactics and wearing the Mark 21(T-21V) Combat Armor, The Marine Assaulter is a very feared opponent on the battlefield and it has been said that enemies tend to avoid them due to the amount of force they use to overwhelm their opponent 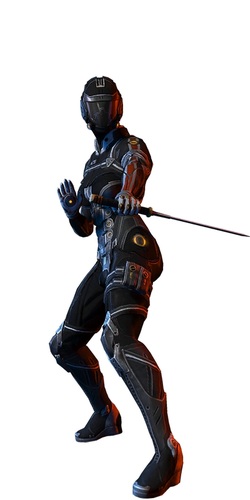 A very nimble and fast Marine, The Recon Marines wear a custom made Armor to alloy for fast movement and to not hinder them, the Mark-17 Lightweight Hardsuit was the result for them, while mainly a mesh suit, there are armor plates on key areas and vital areas to protect the wearer, it is also equipped with the same kinetic Barrier system used by the Mark-15 Suit. Marine Recon Operators use a variety of ranged weapons from the M-13 Raptor to the M-98A1 Black Widow, They're also known to use Short Ranged weapon such as M-5A Phalanx Pistols.